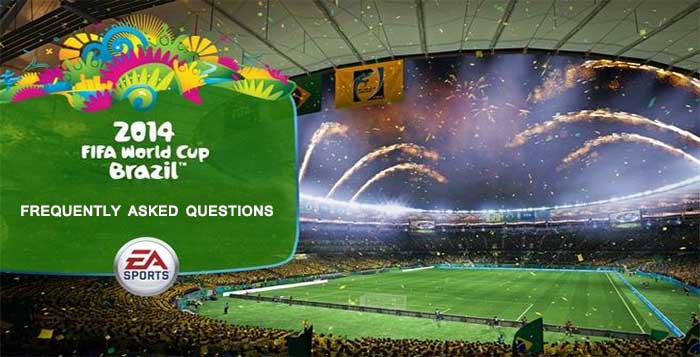 April 7th, 2014
Added a link to the list of national teams included

Only Playstation 3 and XBox 360
It is not available for PC, PS4 and XBox One

You can listen all the 2014 FIFA World Cup Brazil songs clicking HERE. Price: starting ate 39 pounds (50 Euros)
Stores: any video games store
Suggestion: we don’t think that this game is a must buy. Do it only if you want to live the World Cup at every second of your life. If you are thinking to buy it from Amazon and you live in Europe, please do it clicking on one of the following banners. You will be helping us to keep this website alive. Thank you.